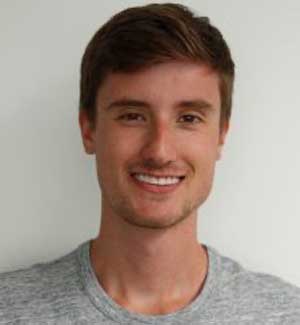 Matthew hails from Montreal, where he obtained a B.Eng. in Mechanical Engineering at McGill University. After completing his undergrad, he joined the Didar Lab at McMaster’s School of Biomedical Engineering in September 2016. Having been introduced to biomaterials, molecular biomechanics and medical devices during his time at McGill, he was interested to tackle these subjects in greater depth during his Master’s studies. In his own time, Matt enjoys engaging in a variety of sports, namely sailing, skiing, volleyball, and broomball, as well as cheering on his hometown Montreal Canadiens.